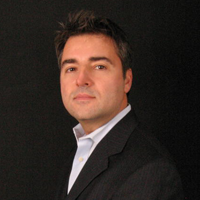 Peter Zorich has worked at the highest levels of the television news industry for over two decades including senior positions at all of the major national cable news networks including Fox News Channel, CNN, CNBC, MSNBC & Bloomberg.

Mr. Zorich held a leadership role for the 1996 launch of the Fox News Channel. He served as the network’s Senior Producer of the “Hannity & Colmes” show, taking it to number one on the network. He followed up his success by taking over as Senior Producer of the “O’Reilly Factor.” There, under his leadership, he helped build the show into the highest rated program of all cable news.  Over the next ten years, Mr. Zorich served as the Senior Producer for “Dayside”, “Heartland” with John Kasich and “The Big Story” with Rita Cosby.

Mr. Zorich was also at the forefront of the cable networks’ strategic planning and execution for some of the most compelling and important news events of our time. He was a Senior Producer of special coverage of the Clinton impeachment, the 2000 Florida recount, presidential and mid-term elections, Republican & Democratic Conventions, and wars in Bosnia, Iraq & Afghanistan, to name a few.

After serving as the Senior Producer of “Night Talk” at Bloomberg news, Mr. Zorich took a hiatus from Television and turned to politics. He threw his hat into the political arena, running for local office in New Jersey and then serving as Communications Director for a 2008 congressional campaign.

Mr. Zorich returned to broadcasting when he joined CNN as a Senior Writer for Lou Dobbs and then MSNBC as a Senior Producer. Peter recently served as the Director of Surrogate Media for the 2017 Presidential Inaugural Committee.